A special THANKS to the widow of Ward, Irene Combe, for supplying the images below.

Ward (”Pally”) Austin Gargan was born on 2 January 1935, in Darlinghurst, Sydney. In 1960, as Ward Austin, he started as a radio Disc Jockey (DJ) for Katoomba’s 2KA. He moved to Sydney radio station 2UE (1960-64) then 2GB doing the late night program but he was later sacked for his outrageous (for conservative Sydney listeners) on-air behaviour. In 1964, he moved to Radio 2UW, where he hosted the afternoon program, playing Rock & Roll and Pop, particularly music by Australian artists. This soon made him Sydney’s top DJ and 2UW the top radio station in Sydney. He held this title from 1964 to 1969. In 1968, Ward married Irene Combe and the ACWRTQ is indebted to Irene for her contribution to this website.

Ward Austin was also a well-known American Civil War enthusiast. He was particularly interested in the South, so much so that he was sometimes known around Sydney as “Captain Confederacy”. His first trip to Civil War battlefields occurred in 1957, when he was just 21! He bought an antique Confederate kepi that was to always be his prize possession. The beginning of his rise as Sydney’s top DJ coincided with the 1961-1965 Centenary Commemorations of the Civil War in the USA. This only wet Ward’s appetite about the Civil War. 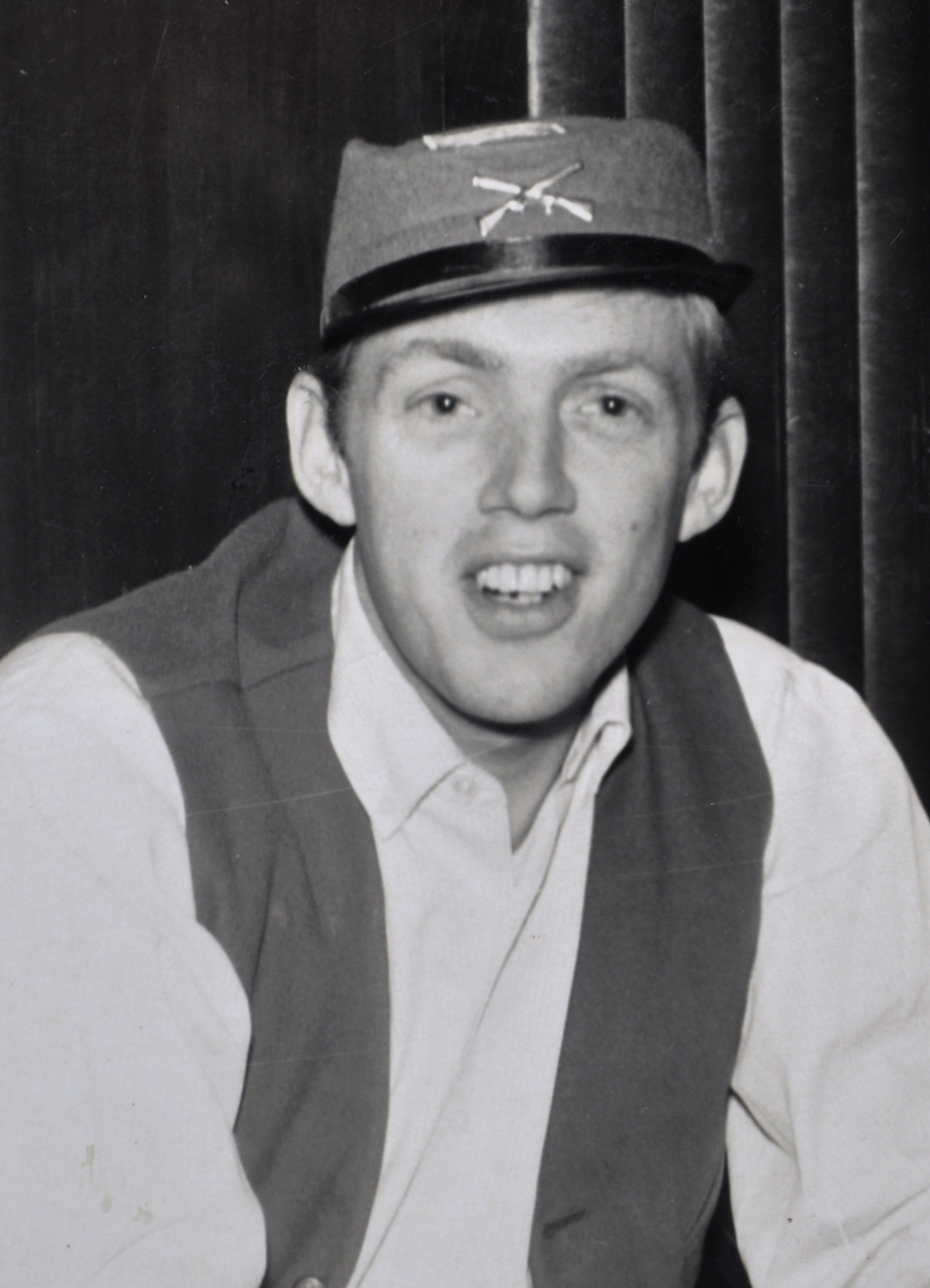 In October 1968, Ward and Irene Austin honeymooned in the USA. While walking down Royal Street, in New Orleans, they found Mervin G. Morais Antiques store. It was there that Ward bought another important artefact– an 1859 Remington, 6-shot, cap and ball .44 calibre revolver together with its original leather holster. While on their honeymoon in Los Angles November 1968, the couple met the great Elvis Presley on the MGM set of the film "The Trouble With Girls".

In July 1969, Ward and Irene bought their home at Elegans Avenue, St. Ives in Sydney. Designed by Danish architect Peter Stckbridge, the brick, two-storey house was built in the style of a ‘Southern Mansion, though on a more modest scale than ‘Tara’ from Gone With The Wind. Ward proudly maintained his personal collection of Civil War memorabilia in their home. Among the items were eight (8) Civil War prints, a Cutler Roll top desk, a Confederate battle flag, his replica Confederate cavalry officers uniform with sword, a personalised Rebel numberplate, photographs and his Civil War library.

As a highly popular Sydney DJ during the 1960s, Ward got to meet and interview many overseas stars that were visiting Australia. These included famous actor Charlton Heston (who played Amos Dundee in the 1965 Civil War-themed movie "Major Dundee") and drummer Charlie Watts of The Rolling Stones. Charlie Watts collects antique American Civil War kepis so he shared Ward’s passion for the Civil War. In 1971, Ward wore his full Confederate uniform when he and Irene greeted the South’s ‘Rock & Roll Wildman’ Jerry Lee Lewis at Auckland airport. Jerry Lee Lewis was surprised and delighted. 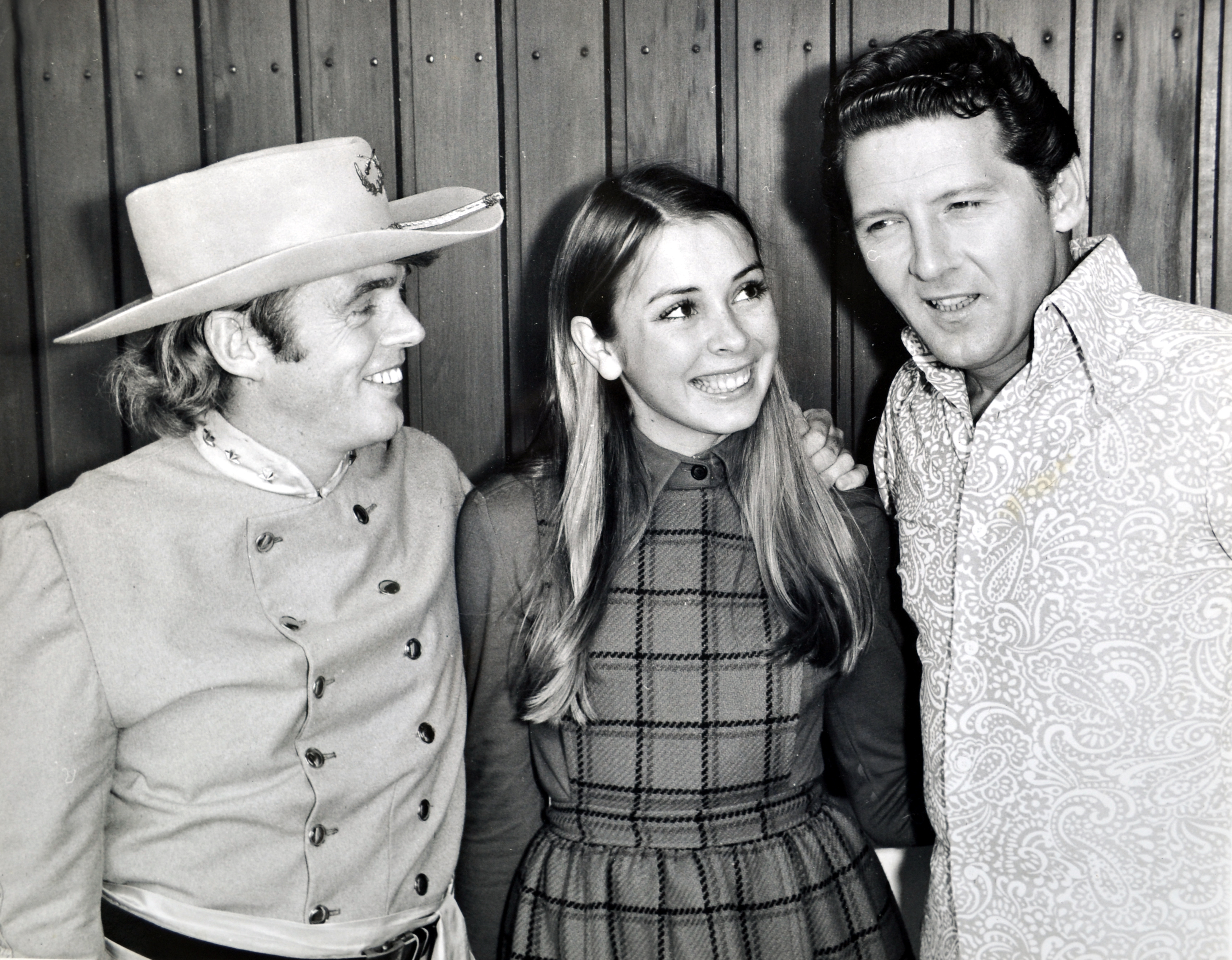 In January 1979, he touristed across the South with Irene to see Civil War sites. They travelled by AMTRACK train and visited Richmond plus Appomattox Courthouse in Virginia; Atlanta plus the home of author Margaret Mitchell ("Gone With the Wind") in Georgia; and New Orleans in Louisiana.

Famously, Ward gained national notoriety in 1969 for an incident involving his Confederate uniform and his antique Remington pistol. On the evening of Wednesday 1 October 1969, Ward and Irene attended the inaugural ‘Charlie Awards’ ceremony at the Stagecoach Restaurant in King Street. The ‘Charlie Awards’ were the Sydney entertainment industry’s equivalent of the ‘Logie Awards’. A few minutes after host Stewart Wagstaff presented the awards to the 4 recipients, a brawl began between Ward and Sydney TV personality John Mahon.

Ward was wearing his Confederate uniform as he and Irene were planning on attending a fancy dress party after the awards ceremony. Apparently Mahon’s wife Anne had pushed the officer’s hat on Ward’s head. Ward made an insulting remark to Anne and John Mahon swung a punch at him. Their fighting, in the crowded restaurant, was quickly ended when actors Don Lane and Ed Deaveraux (of TV’s Skippy the bush kangaroo) pulled the two men apart. Later, Ward and Irene left the venue to join others at a party at their friend Terence Cooper’s home. They then took a taxi back to Kings Street to collect their car. At 4.20 a.m. they were swooped upon by the police as they were about to enter Ward’s car. The taxi driver had made a highly exaggerated report to the police that Ward had drunkenly shown him the Remington pistol and then exclaimed “he would shoot the first cop he saw.”[1]

The police grabbed Ward, confiscated the revolver that he was holding and put him into a police car. He was charged the next day, initially, with being drunk in a public place. Ward had either mistakenly or foolishly told the police that his Remington was non-operational. But the police tested the weapon and Ward was further charged with carrying a weapon while intoxicated. The case soon turned into a farce that probably only served to increase Ward’s credibility with his young radio listeners.

Twelve police in five police cars had arrived to arrest Ward. In court, the police claimed that Ward had been standing in the street and waving the Remington around in a threatening manner. But the police also stated that Ward had been shouting ‘Can’t shoot anyone! Can’t shoot anyone!”, indicating that Ward thought that the pistol was inoperable and certainly unloaded. The charge of public drunkenness was dismissed, while Ward was placed on a $100 good behaviour bond for 12 months for carrying a firearm in public. His firearms licence was revoked and the revolver confiscated. For two days, the tabloid newspapers had lots of fun with the story, using headlines like ‘Johhny Reb’ DJ arrested and Oh I wish I was in Dixie…Insultingly, pro-Confederate Ward was even described by The Sun as wearing a US Civil War officer’s uniform!

Ward died on 18 August 1989 in his St. Ives home, surrounded by his beloved Civil War memorabilia collection. At his funeral, Ward Austin’s coffin was draped in the Confederate Battle Flag, with his Confederate officer’s hat sitting atop. 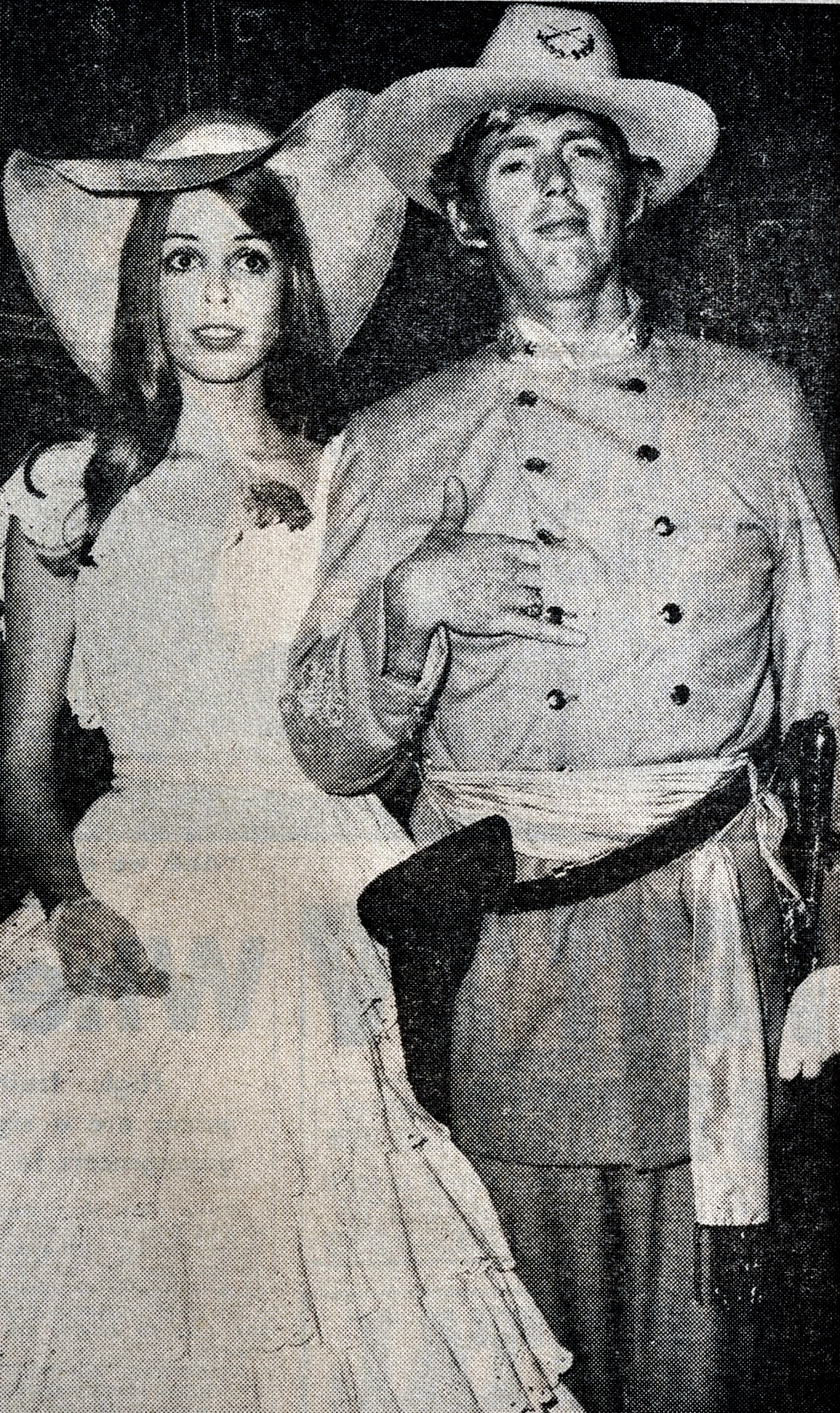